As Metaverse is quickly becoming one of the hottest topics in the tech community, more and more companies are hopping on board the hype train. It must be something more than a mere fad, as major players like Microsoft or Facebook are not just happy about the ride, rather they’re planning to take over the engine. Facebook even changed its name to Meta!

At Iagon, we are excited about the potential of such projects appearing on the blockchain, and we’ve been lucky enough to team up with Netvrk.

So yeah, it’s just a matter of time before you can visit Iagon’s virtual HQ in Netvrk’s metaverse.

So what’s all this about?

In general, Metaverse is supposed to be the good old Internet transformed into an immersive, 3D virtual reality world. Or, perhaps, a whole array of worlds for the web users to explore. Just create your avatar, and you’re good to go, whether it’s an online shopping spree, a game of giant chess, or a company meeting.

But isn’t this strangely familiar? You must have at least heard about Minecraft, a famous online video game where players can explore vast worlds, compete against one another, cooperate, build structures, or spend virtual currency on clothes, tools, and other collectibles for their characters. Creators of Fortnite, another hugely popular game, took matters even further with performances by real rap and pop superstars.

These games, however, should perhaps be considered early demo versions or mere elements of the Metaverse, as its potential is much more substantial than one might think. Online meetings? What if your avatars could meet in a virtual conference room with walls turning into screens, translucent displays hovering in the air, an unlimited number of seats, etc.? Or imagine being able to attend a concert at the Royal Albert Hall with your friend living in Mexico City. Perhaps you might want to pop into Iagon’s virtual headquarters and visit our showroom? And all that without having to leave your bedroom!

The concept is constantly evolving, and - due to various technological limitations - it’s still mainly theoretical, but the future possibilities might be endless. Incorporating elements of VR into the real world via some type of AR equipment is not out of the question as well.

It’s all fun and games…

For the time being, let’s focus on games again, as they might most likely appear at the forefront of Metaverse’s development. In 2021 Cardano blockchain witnessed the launch of its first metaverse gaming project - Pavia (interestingly enough, named after the birthplace of Gerolamo Cardano). Pavia is supposed to be a decentralized P2E (play-to-earn) game, and its native token has already appeared on some DEXs. At the moment, players can create and customize their avatars or buy virtual land parcels, sold as Non-Fungible Tokens (NFTs).

One might argue that a similar project is already developed on the Ethereum blockchain, but Pavia has an ace up its sleeve. Namely, Cardano’s Proof-of-stake validation mechanism - a considerable improvement over Ethereum’s energy-hungry Proof-of-work.

… until someone’s virtual property gets stolen.

Naturally, when dealing with projects of such magnitude, problems are to be expected, especially in the early development stages. Metaverse is no exception. What challenges will the users have to face, and how should we approach them?

Let’s remove all the VR or holographic gear from the equation for now. Leave that to engineers. As Metaverse is supposed to bring random users from all over the world together, one might be concerned with potential security vulnerabilities of the arising platform. After all, this is already a huge issue in the web realm, so the need for proper authentication mechanisms and data protection is unquestionable.

It may be argued that to achieve sufficiently high levels of security within the Metaverse, the users might be expected to provide more personal data than ever before. Or, perhaps, put some of their valuable digital assets at stake. This is exactly where decentralized storage can prove its real value to the online community. Iagon’s shared storage solution provides a secure and dependable space for vulnerable data.

However, there are many other, potentially a little more exciting, possibilities for integration. The emergence of games relying on NFTs opens up immense potential for Iagon to collaborate with other blockchain platforms. It would not be too hard to imagine a game where players can earn or purchase various skins, items, consumables, etc. But what if they wanted to use these assets in a similar (and compatible, of course) game without having to go through some mundane transfer process every time? They could simply store all the collectibles in their Iagon inventory, and use them wherever they wish.

To be even more specific, let’s say that while playing an AR game in the real world, you catch a virtual bison on your phone. Then, you log into Netvrk and place your new pet on a virtual farm, where you can take care of it, let it interact with other animals, etc. The proof of ownership of the bison you caught would be recorded as a Cardano NFT. As for the digital asset itself (including all the related stats such as its age, health, 3D model, and so on), it could be safely stored in your secure Iagon inventory, referenced in the NFT through IPFS metadata. Then, whenever you log into a compatible game, your inventory is loaded with your wallet login, and all your compatible NFT assets are ready for use.

A gaze into the crystal ball

Even though predicting the future of our digital interactions accurately is a cumbersome task, it would not be unreasonable to assume that diving into VR really is the next step to take. It is certain, however, that citizens of the Metaverse will require efficient and dependable tools to be able to live comfortable, risk-free lives in the virtual world. At Iagon, we firmly believe our shared storage economy can definitely serve as one of those instruments.

For more information and to see what else is going on with iagon, please follow us at the social media links, or head over to the IAGON Website! 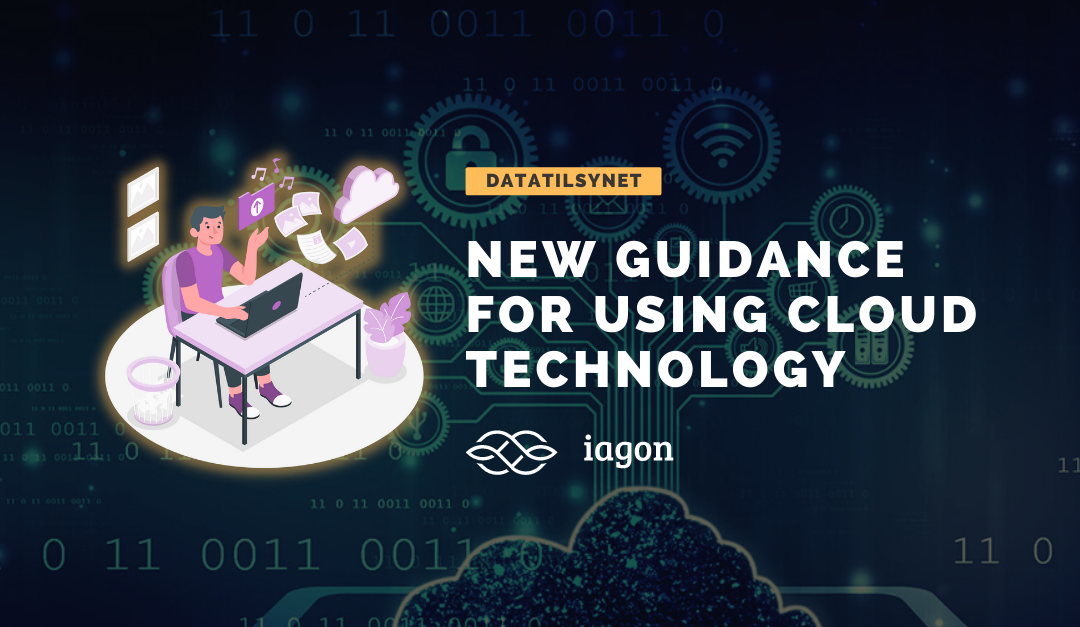 The guidelines apply not only to cloud service providers but also to their customers. It's worth noting they are very precise in defining what you, as a user, should consider when using a cloud service.