If you’re even slightly interested in cryptocurrencies and blockchain-related topics, you might have heard about nodes. What are they exactly, and why are they so important? Hopefully, the article will shed some light on this seemingly complex issue and help you navigate through the blockchain labyrinth.

We will also explain how Iagon goes about the concept and why you might want to consider running an Iagon node.

Decentralized is the new black

In simple terms, a centralized network consists of a central server and other machines that connect to it (users). The server processes all necessary information and acts as a relay for communication between the users. If it shuts down, the whole network goes down with it.

A decentralized network doesn’t need a central server, as it relies on peer-to-peer communication. All machines (let us call them nodes from now on) interact independently with one another and share the processing workload. This approach has certain advantages over the traditional model.

Stability - without a single point of failure (SPOF) in the form of a central unit, the functioning of a decentralized network is never jeopardized. No malfunctioning node or group of such nodes will make the whole network inoperable.

Scalability - it’s considerably easy to expand a decentralized network. There’s no need to update the hardware of a central server that cannot handle the increasing workload anymore. Simply adding new nodes to the network should improve its computational potential.

Security - even if a threat actor manages to hack a decentralized network, they will not be able to maliciously wipe all the crucial data, as it’s not stored in a single spot.

Privacy - decentralized web architecture ensures a high degree of privacy, as the distribution of data is handled by multiple nodes instead of a single, vulnerable server. It makes data tracking harder for potential threat actors and thus reduces the probability of an attack on a single user.

As explained earlier, a decentralized network consists of multiple nodes operating together. In a blockchain, the nodes are fundamental parts of the architecture. Any device can become a node, as long as it can connect to a network, be it a laptop, a smartphone, a server, or even an ATM. They can take on various roles within a blockchain, depending on their capacity and the needs of their users. So what do they do exactly?

Basically, a blockchain is a distributed ledger consisting of encrypted data blocks. The nodes store and continuously exchange information concerning all operations performed within the blockchain, thus constantly updating the ledger. What’s crucial, all nodes have access to the complete ledger, which reduces the risk of someone tampering with the data without getting noticed. The importance of this should become apparent when we realize the data blocks contain lists of cryptocurrency transactions.

As mentioned above, nodes can perform many tasks, depending on their type. One of the most important node types is a so-called full node. The role of a full node in providing security to the blockchain is crucial as it stores a full copy of the entire transaction history. It is supposed to validate new transactions by enforcing set rules. Moreover, it maintains the consensus between other nodes.

Blockchain transactions can also be verified by lightweight nodes that are easier to maintain (hence the name lightweight) but need to connect to a full node before communicating with the network.

All those data blocks containing lists of transactions do not just appear out of thin air, though, don’t they? They are created by mining and staking nodes. Each transaction has to be validated before it is added to the blockchain.

On a blockchain relying on the Proof-of-work consensus mechanism (like the Bitcoin blockchain, for example), it is done through a kind of a race. All mining nodes compete against one another to solve a cryptographic problem. Whichever node solves the problem first submits its work results to a full node which is then supposed to evaluate the work performed. If the evaluation is positive, the transaction is successfully added to the blockchain, and the mining node gets a reward.

In contrast, on a Proof-of-Stake-based blockchain like Cardano, there is no race. Instead, nodes “willing” to validate transactions are required to put in bids in the form of cryptocurrency coins. This process is called staking. The network chooses one of these nodes to solve the puzzle, and if it succeeds, it keeps the stake it put up and earns an additional reward. Otherwise, it is punished for misbehaving and loses the stake.

What’s worth remembering, all of these nodes have one common goal - they work together to power a blockchain’s internal cryptocurrency flow. The currency, in turn, is meant to serve as fuel for on-chain projects developed by organizations like Iagon.

Nodes in our ecosystem

As far as Iagon’s ecosystem is concerned, the concept of a node slightly differs from what has been described above. We perceive it as any machine running our software with the intention to join our network and share resources. That said, Iagon plans to cooperate both with individuals and data centers.

“Piece of cake”
To join Iagon’s shared storage economy and profit from it, you must become a storage provider or a stakeholder.

Acting as a storage provider is just a matter of owning a computer (it would have to meet certain requirements, obviously) and running the Iagon application on it. Our easy setup approach ensures the process shouldn’t be too complicated, even for non-tech-savvy users.

Stakeholders do not have to own a computer. What they need, however, is IAG tokens. Iagon’s network will be divided into subnetworks, and in each subnetwork, there will be a validating node. Iagon wants these validators to run nodes as a service. To use such a service, an investor would have to stake some of their IAG tokens and pay a one-time fee to the validator. The validator, in turn, would maintain the node for the investor, and profits could be split in accordance with the terms agreed by both parties.

“Just plug it in”
In the future, Iagon plans to release branded, maintenance-free nodes that will be ready to run out-of-the-box. These devices will come with pre-installed software and will only need two things: an internet connection and an energy supply. To acquire one of these nodes, the user will have to stake some of their IAG tokens. Iagon considers the possibility of supplying a storage provider with multiple nodes (the number of devices available would probably depend on the number of tokens the user is willing to stake).

“A plethora of storage options”
Aware that no two storage consumers are alike, Iagon will offer the clients an array of storage options. The need for secure and fully private storage space is, of course, a given, but what if the client wants their files to be stored on machines running on renewable energy? Or, perhaps, they require that their data is stored in countries covered by the GDPR? Iagon’s protocol is perfectly capable of transferring the data only to storage providers that meet all the specified requirements.

“Winning”
Being a storage provider is a great responsibility, but it certainly has its upsides. It’s only fair to reward somebody willing to share their resources with others, isn’t it? That’s why our shared storage economy model is not limited to simply transferring service fees between consumers and providers. Storage providers will be able to earn rewards on top of their earnings, and - in some cases - might also receive additional tokens directly from Iagon.

“Naughty or nice”
To ensure customer satisfaction, the behavior of storage nodes within Iagon’s network will be continuously evaluated by validators. Iagon expects storage providers to meet certain standards (bandwidth, availability, trustability, energy consumption, renewable energy usage, etc.). Providers deemed as sub-optimal will lose their rewards and their reputation score will be adjusted accordingly. What’s worth noting, outstanding storage providers will be awarded special NFTs entitling them to even more rewards for their work.

Become a part of the network

Well then, how do you feel about the prospect of running an Iagon node? We will provide the necessary tools for private users in the near future. As for big resource providers, get in touch with us and see what we have to offer. 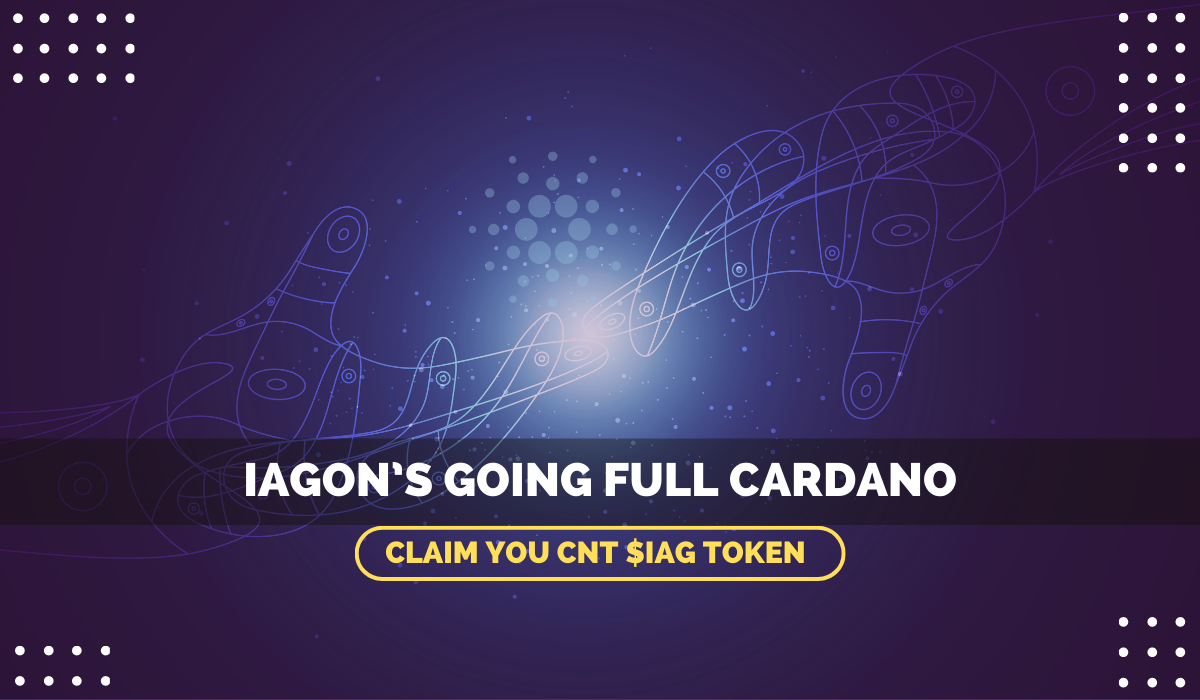