The $IAG token powers IAGON's Shared Storage Economy Ecosystem. The article explains the potential utilities of the $IAG token and how users can potentially benefit from utilizing it.

Currently, the $IAG token is an ERC-20 token only. It's tradeable on Uniswap, Gate.io and Bitrue. $IAG can be stored on any ERC-20 token compatible wallet.

As we move to Cardano, IAGON plans to make our token usable and accessible on the Cardano blockchain. This will be done with the help of a two-way ERC20-CNT bridge.  The IAGON team is working on our very own bridge solution for IAG tokens.

Remark:
Currently, there is no official Cardano ERC20-CNT bridge launched. Existing converters that are on the market are either wrappers or mint functions. At this moment and to our knowledge, none of the converters burn a supply from one chain and mint on the other chain.

The $IAG token represents a 'share' in the IAGON ecosystem, providing holders with a portion of the revenue generated through the decentralised storage exchange.

Additionally the $IAG token will be used as an additional reward for resource providers and for ADA holders delegating to our Cardano stake pool.

Also, there will be an option for the Iagon Ecosystem Fund to buy $IAG tokens from the open market with the aim to refill our ADAGIO reward pool for stakers and resource providers on a regular basis.

$IAG token holders can earn yield by providing liquidity in either Ethereum or Cardano liquidity pools.

There are 2 additional revenue streams that $IAG stakers can benefit from, on top of the yield from the liquidity pool:

$IAG stakers can earn a portion of the transaction fees from the decentralized storage exchange, used by the customers and resource providers on the IAGON network. This reward will be based on the amount of $IAG tokens staked and  the trading volume in the storage exchange.

When a resource provider commits to provide their resources to the network, their commitment is handled by our rewards DAO, ADAGIO, and their reward is locked until the end of the commitment period (at least 1 month).

During the period when the reward is locked, ADAGIO generates yield on it through providing liquidity. This yield is distributed among the resource providers, the $IAG stakers and IAGON.

Usually, staking gives only a portion of the fee from the liquidity pool you're staking in. However, the utility of the $IAG token ensures that stakers can earn yield from two other revenue streams as well as passive income for staking.

Once we have launched our Storage Exchange Marketplace, anyone will be able to make a profit by committing resources [storage].

The rewards for providing resources will be based on the supply and demand in the decentralised storage exchange.

In addition to this, resource providers will occasionally earn $IAG tokens as a bonus  incentive to commit storage.

A portion of both the transaction fees from the storage exchange and the yield provided by the locked rewards go back to Iagon. These funds will be used to fund further development of the Iagon products, cover operational costs, and to buy back $IAG tokens for the Iagon treasury.

$IAG tokens give you access to a passive revenue stream and multiple utilities, which is why they can be potentially valuable.

How it will work in simple words

In simple words, the whole process will look like this:

We note that the presented $IAG token utility model is not finalized and may be updated/changed.

Meantime, the IAGON team is open for discussion and encourages our community to input and share ideas about token utility.

About IAGON
IAGON aims to revolutionize the cloud by developing a storage platform and a processing platform where anyone can profit from shared resources. The whole value proposition circles back to the potential of blockchain technology by letting device owners join the storage and processing power grids to create a completely decentralized data cloud and supercomputer. 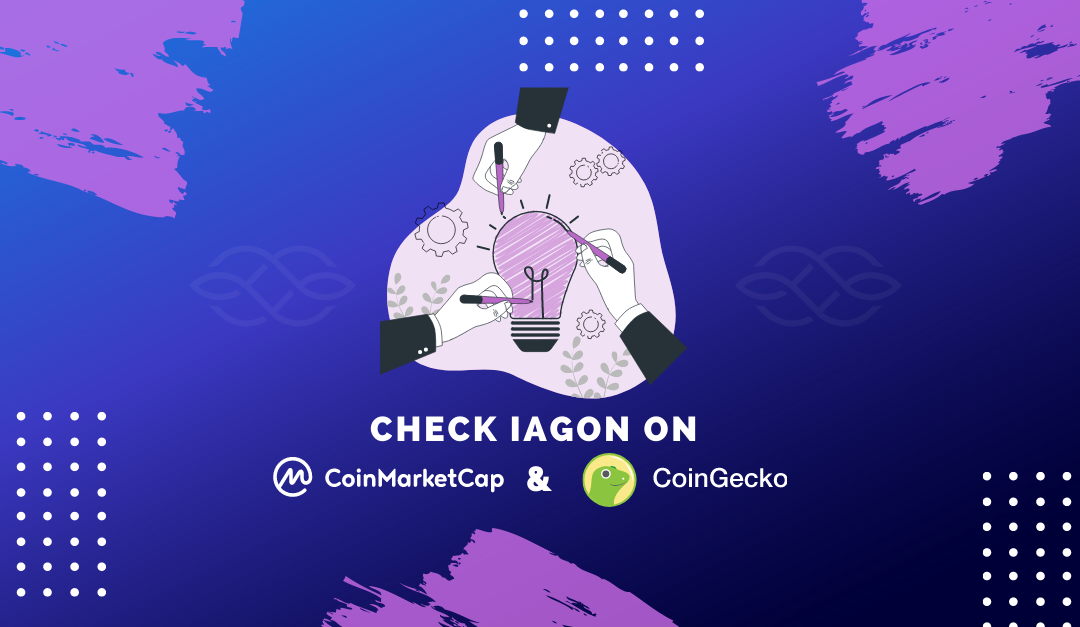 We are happy to announce that from now our community can track IAG token charts & traction on the most popular platforms CoinMarketCap & CoinGecko.