The Plutus platform has built-in support for automatic testing, based on a popular property testing framework QuickCheck.

This article shows how to make an automatic test for the Plutus smart contract using our “proof of burn” as a reference example.

The burning of cryptocurrencies and crypto tokens is sending them to a black hole address: the address with no access key to retrieve funds. After the transaction happens, the public can verify that a burn took place. To do so, the sender needs to share a “secret”: the commitment value. Proof-of-burn(Karantias, Kiayias, and Zindros 2020) is a protocol proposed for assuring the burning of funds in a way that is not censorable by the middlemen. The burning of blockchain funds may serve to buy back the tokens and boost valuations of the remaining tickets. Alternatively, it may be used as a proof of commitment in blockchain protocols(Ismail and Materwala 2019). Burning in large amounts may cause deflationary pressure since it decreases the total amount of the token in circulation.

*Burning of ADA tokens is not something that we promote or think will happen on Cardano. This is only used to explore smart contracts and explain methods of testing.

Writing unit tests is good covered in many tutorials, such us “Plutus pioneer program” (Brünjes 2021). In this article we show how to write dynamic logic tests.

Unit-test scenarios are hardwired (never change their behavior). However, it is sometimes required to check smart contract properties on a wide range of behaviors. The Plutus platform has dynamic logic testing. This feature allows testing multiple complex tests scenarios by randomly generating them.

For this purpose, QuickCheck (Claessen and Hughes 2000) supports random generation of arbitrary input to a function. The developer can use the random generator to create an arbitrary test scenario and then check that this scenario runs as expected.

The testing is model based, so developer have to define instance of ContractModel. Example implementation of such modal considered well in “Plutus pioneer program” (Brünjes 2021).

Here we execute several random actions and then check that several Adas will be redeemed after some locks.

An essential feature of DL test script running is the output of an erroneous action sequence. For example, in an early stage of testing our proof-of-burn contract, we discovered a faulty sequence (which we then fixed but left on our test list):

We develop some criteria presented by the respective property test listed below:

As stated earlier, dynamic logic test runner can output DLTest list of actions, where some failures occur. When we develop our proof-of-burn, we have faced such issues and save this output to tests. So we have two of them:

As a quick design check, a developer can use standard unit tests.

Nevertheless, property-based tests allow for much more extensive testing by randomly generating test scenarios. It is required to write an instance of ControlMonad (and some auxiliary code), but then developers can validate smart contracts against many more test scenarios and find more errors in the smart contract.

Using the Plutus platform’s extensive testing capabilities, we checked the performance of our application and corrected many bugs. 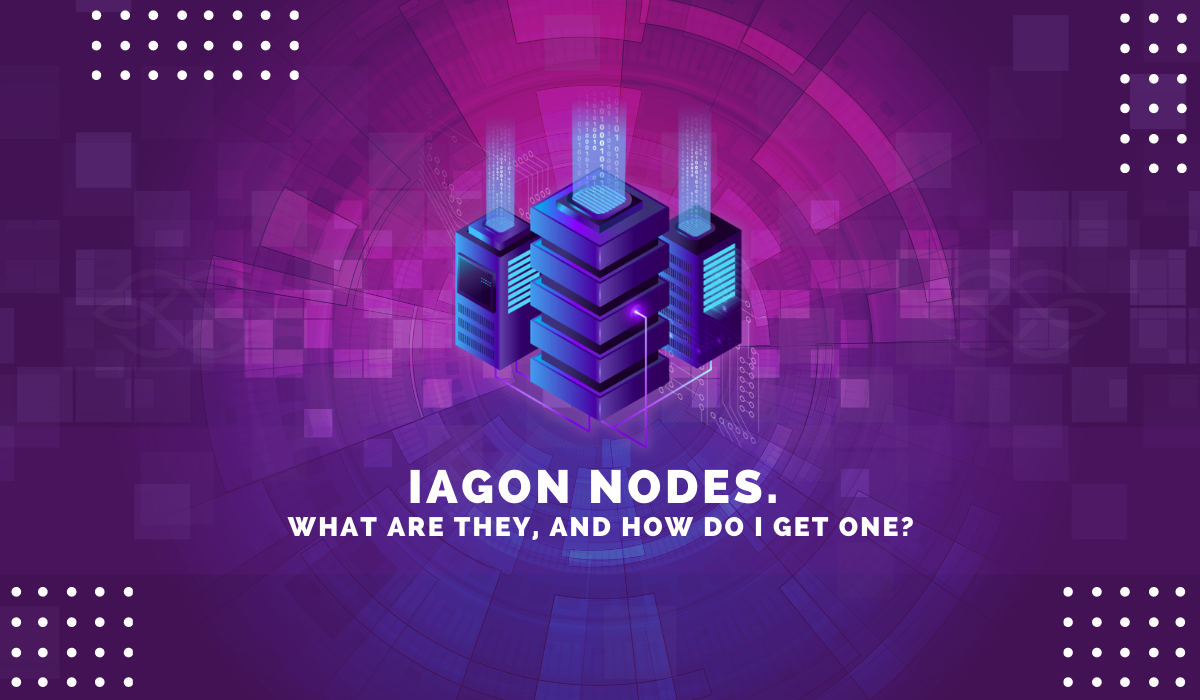 Iagon Nodes. What are they, and how do I get one?

The role of nodes in the brave new world of decentralization. Everything you want to know about Iagon Nodes.